In the movie - Batman Begins (2005), Bruce Wayne modifies a prototype military vehicle called "the Tumbler" that was designed as a bridging vehicle for the military. The Tumbler is described a machine that is a cross between a Lamborghini and a Tank. [Source : http://en.wikipedia.org/wiki/Batmobile]

I started with a sketch of the tumbler a couple of months ago. The next logical step was to learn to color and shade.

I present to you, the tumbler - 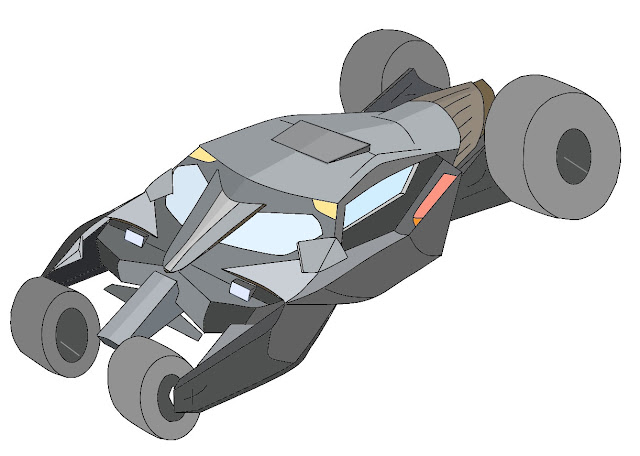 One more version with a bit of background and some minor tweaks.

That is it from my side folks. I leave you with a memorable quote from the movie, 'Batman Begins' :

Rachel Dawes: Wait! You could die. At least tell me your name.
Bruce Wayne: It's not who I am underneath, but what I *do* that defines me.
Rachel Dawes: [ realizing] Bruce?
[Batman turns and leaps off the roof] [Source: imdb quotes]

Edit : Hyperlinked the second version of the image instead of showing it up in the post.
Scribbled by Suman W M Sivachar at 8:31:00 PM No comments: